This is an unusual post about a most unusual place that has created great controversy. 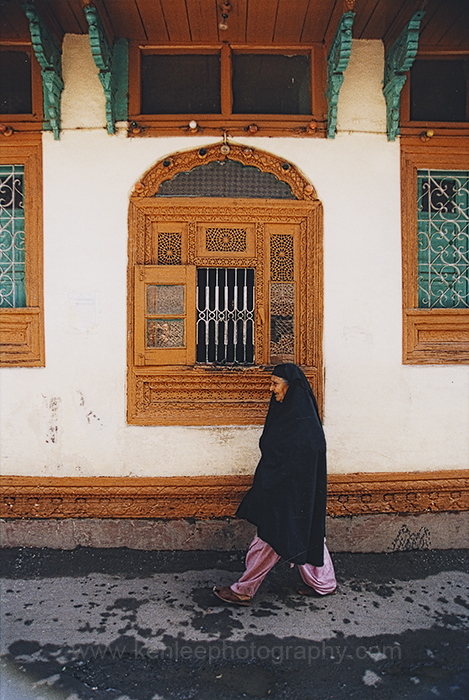 Khanyar Rozabal is a tomb in the Khanyar (Khan Yar) District of Srinagar, located in the Old City.  The tomb is the final resting place of revered prophet Yuz Asaf, who died over 1900 years ago.

However, many of the locals, as well as numerous Biblical and religious scholars, believe that Yuz Asaf may be none other than Jesus Christ.

How could this be?

During the “Lost Years of Jesus” (between ages 13-29), the Bible is rather vague about the whereabouts of Jesus, simply mentioning that he went into the desert and “increased in wisdom and stature”.  However, ancient manuscripts written in Persia, India, Tibet, and Ladakh tell of a light-skinned man who was born of a virgin and left Palestine to teach and learn the Vedas, eventually returning to teach.

But this is where the story gets stranger.

There are Buddhist, Islamic, and Hindu manuscripts indicating that Jesus survived the crucifixion and left for Kashmir to seek the “Lost” Ten Tribes of Israel, who had scattered to Afghanistan, Kashmir, and beyond (genealogical DNA testing has facilitated the assertion that certain populations of Afghanistan and Kashmir share common ancestry with Israelis).  There are dozens of villages in or near Kashmir bearing the name of Jesus.  And when Khanyar Rozabal researchers investigated the tomb and scraped hundreds of years of wax off some stone, they discovered carved footprints with the marking of a crucifixion scar etched into each print, as well as a crucifix and rosary.

So do I believe that Jesus rests here?  I have no idea.  I just try and keep an open mind.

Before leaving for India in 1997, my Indian friend’s mother showed me an old book about an explorer who had discovered this alleged tomb of Jesus and implored me to visit this strange place if I had opportunity.  I was lucky and managed to visit Kashmir, and, becoming close friends with a family there.
In 2005, I visited my friend again.  He took me to Khanyar Rozabal (Kan Yar Rosa Bal or Rauza Bal), the tomb of Yuz Asaf, again.  These are two of the photos I took. 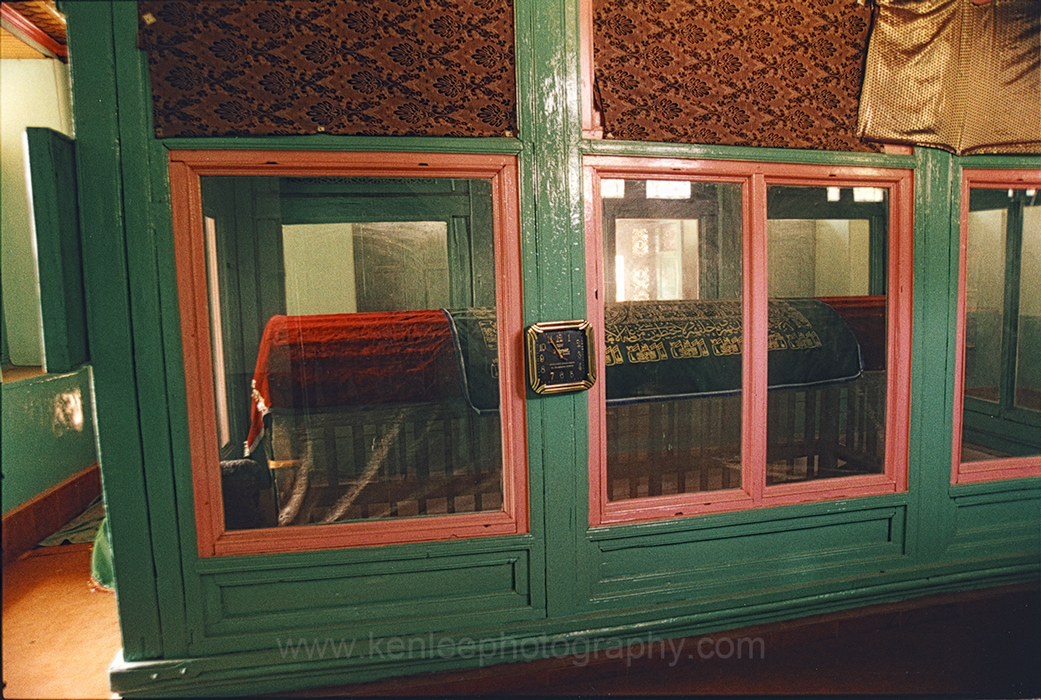 This two photos are from my second visit here.  The first time, in 1997, I was able to walk around inside, and I was able to videotape the interior.

This time, no.  The locals were afraid of tourists, and it was only due to my Kashmiri friend, telling them that I was like a member of his family, that allowed me, a foreigner, to venture inside and take photographs.  We had found that foreigners are no longer allowed inside here, and photography and videography are prohibited.  My friend asked why. The locals were afraid of foreign scientists desecrating the tomb.  But we assured them this would not happen with us.  We understood, and we’d be respectful.  My friend told him that I was like a brother to him, that I was his family.  The local merchant smiled, and said I could pay my respects and even take photos.

If you want to know more,  please visit my site.  I have photos from 1997 and 2005, and have more information about this intriguing site.