Skip to content
Ken Lee Photography Photo Tip of the Month June 15, 2020December 4, 2020
I do long exposure photography almost exclusively, so I look for specific qualities in tripods. If I photograph  a series of photos for stacking for Milky Way photos or two-hour long star trails, I really need a tripod to do its job. So what qualities do I look for in a tripod?

I agonized over my choice of tripod more than any other photography-related gear I’ve purchased, wrestling with these three qualities: cost, weight, and stability.
Want a cheap tripod that doesn’t weigh too much? Of course you do! But is it going to be stable?
Want a cheap tripod that is super sturdy and takes high exposures in high winds? Sure. But it might be really heavy.
Okay, How about something that is really sturdy and lightweight? That sounds great. But now it’s very expensive.
I’ll go over what features I considered. I’ve used my tripods for over six years. During this time, I’ve owned four DSLRs. However, I still own the same tripods and am happy with them, so I may have done something right. 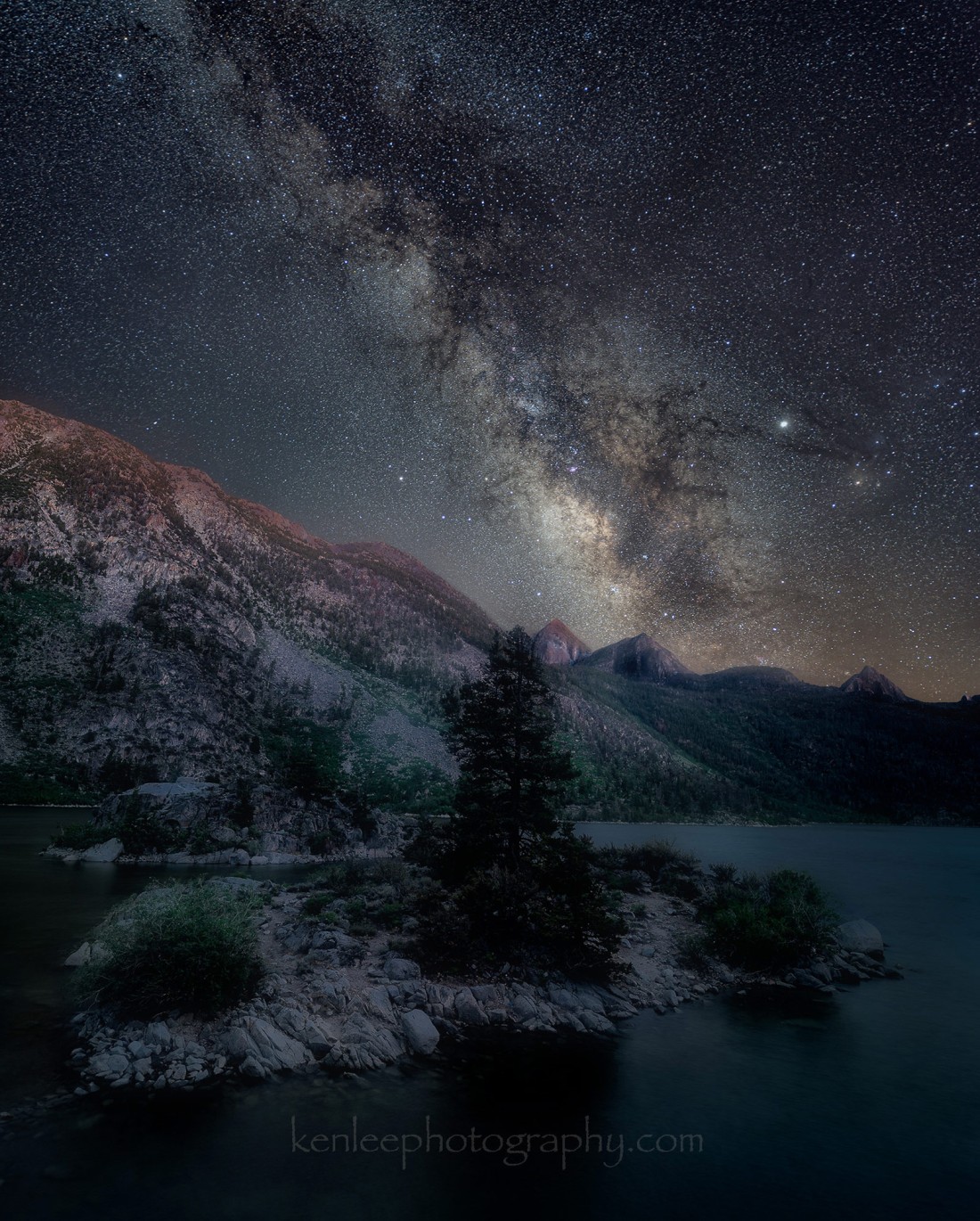 Above: A rock solid tripod helps when taking 20 photos in succession so I could “stack” them to reduce noise. Eastern Sierras, California.

I hike in to locations hauling a lot of gear, often having two cameras in my backpack as well as heavy ultra wide angle lenses and accessories. Because of this, I favor lightweight tripods, so all mine are carbon fiber. If I can even shave a pound off when I am hiking in for several miles, that’s money well spent. Also, they don’t get nearly as cold as their aluminum counterparts, quite a bonus in the winter months.

Quick and easy to set up

This is a matter of preference. In theory, I love flip locks. I know when they are locked down. However, I think maybe I am a little clumsy and have a tendency to pinch my fingers with these sometimes while using this at night. I’ve also had them catch on my clothing before when I am carrying or maneuvering the tripod.
Consequently, I’ve chosen twist locks. These deploy quickly and nicely. However, there are always sacrifices. It increases the chances that you forget to twist them all the way, so you do have to take extra care in making sure they are locked down. Some can also can attract sand and begin grinding, so you may need to occasionally take apart your tripod and give it a thorough cleaning once in a while.

This might be the most important of all for me. I have photographed in extremely gusty winds all over the Mojave Desert, including the insanely windy Owens Valley in California. And despite the wind, I have been able to take stack 20 consecutive 15-second or 20-second exposures for Milky Ways or do hour long star trails. Consequently, in the wrestling match of cost, weight, and stability, I’ve arguably compromised the most on weight. That said, my tripods still really are not that heavy.

Above: Mobius Arch in the winter. Although this looks serene, I was perched on another rock with strong gusty winds with my tripod clinging to steeply sloping rocks. Despite these hardships, my Feisol CT-3372 held fast, never shaking during the long exposure.

This should probably almost go without saying, but minimizing flimsy plastic parts such as locks and clamps really helps. My tripods get thrown into cars, banged around on airplanes, and even worse, gets sand ground in it in the desert and the beach.

Tripods also come with columns and hooks. I don’t use them. In my opinion, telescoping center columns introduce instability and invites additional vibrations, particularly when they are raised. They have their uses, but I really need rock solid stability. Also, I haven’t found much use for center hooks either. I’ve found that the packs sway when there is wind, which makes me rather concerned.

Six years ago, I made an attempt to purchase tripods that I would use for years. And I attempted to do so without spending tons of money, particularly since I frequently photograph with two cameras simultaneously and would need to purchase two tripods. So what did I choose?
Feisol CT-3342: This is the smaller of my two tripods. This folds up to 23.2 inches, weighs 2.5 pounds, yet has a load capacity of a whopping 55 pounds. This holds any of my camera setups, including a rather hefty Pentax K-1 DSLR with a 15-30mm f/2.8 ultra wide angle lens mounted on it. That’s a heavy setup. I strongly prefer to have the stated load capacity be considerably higher than what I actually put on the tripod. A while back, I attempted to get a really small travel tripod that folded up to 20 inches. It looked and felt flimsy. I guess I’m too spoiled with the stability I have. I sent it back. Sure, it might be a little large for a travel tripod, but then again, I’ve traveled to Iceland, India, and all over the Southwestern United States with it. I bought mine for $375, but I think they may sell for around $400 now. 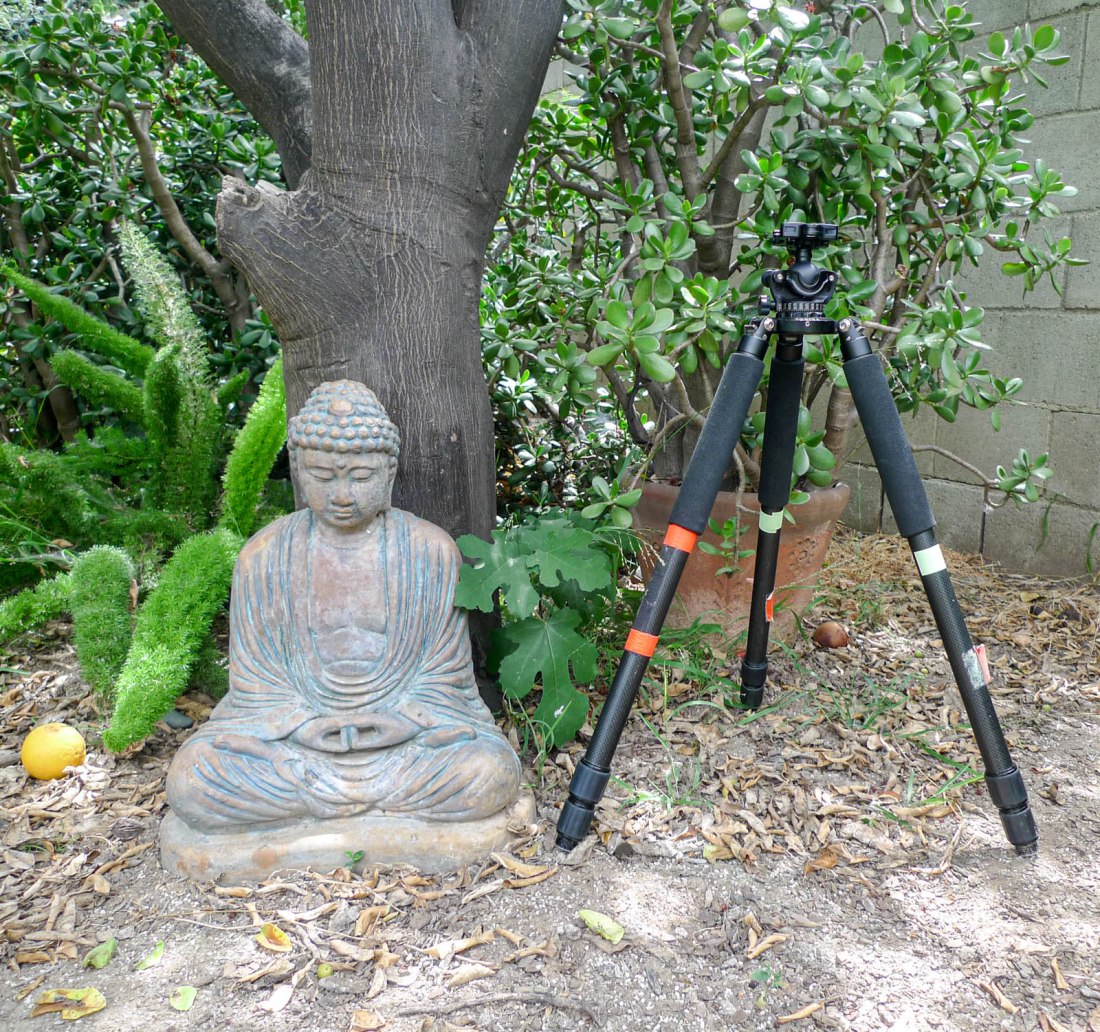 Above: My six year old Feisol CT-3342 with a Acratech GP-s ballhead. The tripod legs have red and white reflective tape and glow-in-the-dark tape in the event that I cannot find my setup in the dark, something that thankfully hasn’t happened.
Feisol CT-3372: This is a larger tripod than most normal people use. Because I photograph in places that can get sudden strong gusts of wind and I use very heavy cameras, I have this as well. It folds down to 24.8 inches, is 3.9 pounds, and has a load capacity of 66 pounds, although I feel like it could hold even more than that. I’ve used this for gale force winds for photographing the Mobius Arch in the very windy Owens Valley in California.  This is usually about $575, which is a lot of money, but for this quality, it feels like a bargain. 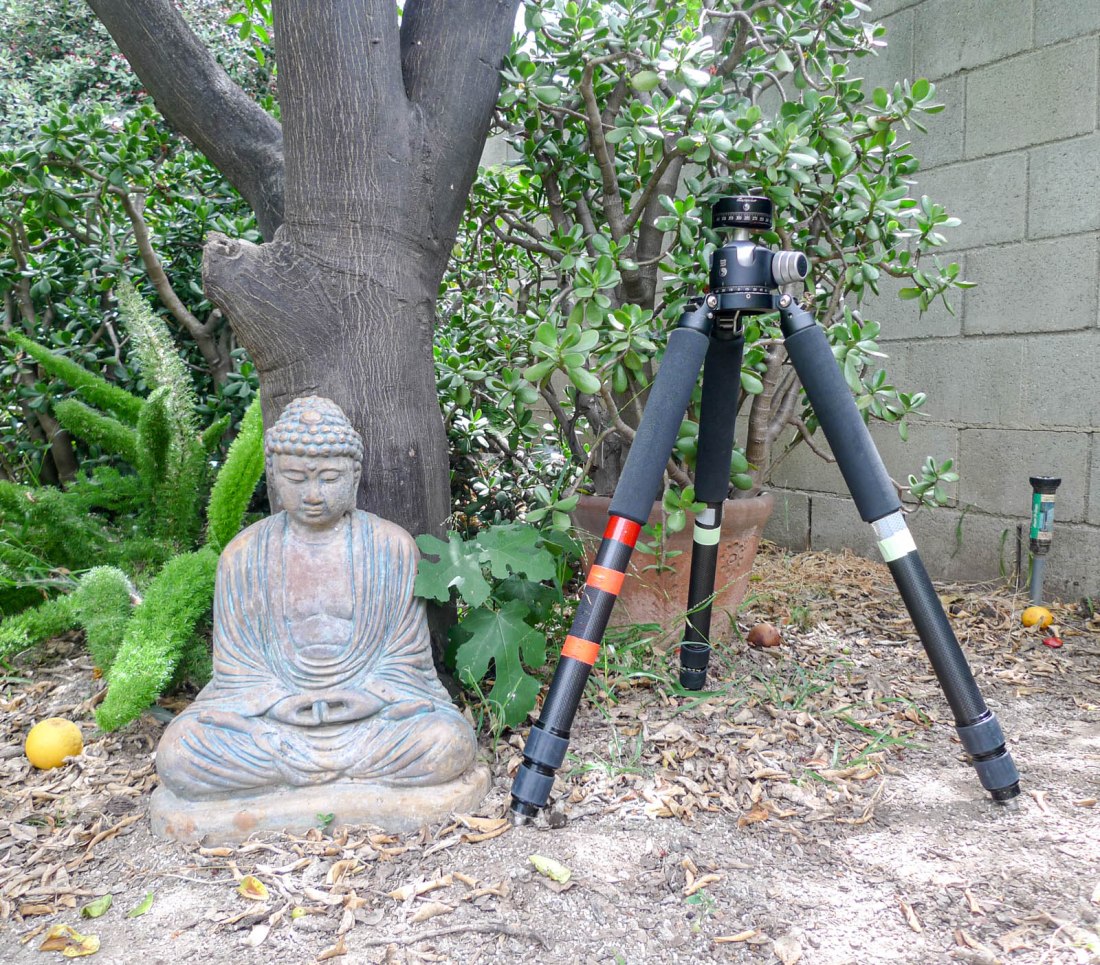 Above: My six year old Feisol CT-3372 with a Really Right Stuff BH-55 ballhead.
Both of these hit the sweet spot for cost, offering high quality without being crazy expensive. But who knows, you may find that something else suits you. There are so many new designs since I purchased this, including Peak Design and such, that might offer up something that satisfies cost, weight, and stability.

2 thoughts on “How did I choose my night photography tripod?”